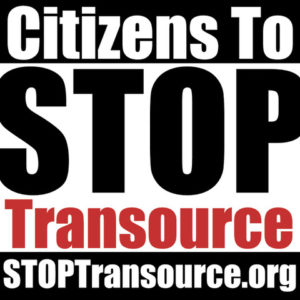 What is electrical congestion?

PJM manages the wholesale electric market.  As part of this market structure, electricity is priced by location by time.  The price of electricity at given locations in the grid at a specific time is called the Location Marginal Price (LMP).  In places where there is great demand, but little supply, electricity is priced higher (a higher LMP) than places where supply is plentiful and demand is low.  To help meet the market demands, electricity is distributed from locations of low LMP to high LMP.  If there is insufficient capacity to move the least expensive power to a load, more expensive local electricity generation supply may be called upon.  Because that electrical generator may be more expensive, the LMP rises in that load area, and PJM records the event as being caused by “congestion.”  It is important to understand that congestion does not mean that the destination market is suffering a reliability problem; rather they are paying more for their power than locations that have more supply and/or less demand.

Transource says existing lines are insufficient.  Is this true?

No, it is not true.  OCA expert witness Peter Lanzoletta wrote 23 pages of testimony describing alternate routes.  It is true that the IEC-East line is proposed to be a double circuit line.  Each circuit involves 3 lines, one for each phase.  Thus, the entire line would consist of 6 power cables, plus a ground.  PPL and BGE jointly operate a line on the east and west of the proposed IEC-East, known as -Otter Creek (COC), and Manor-Graceton (MG).  Both lines pass less than 10,000ft from the proposed Furnace Run substation where the IEC-East would originate.  The COC goes all the way to the IEC-East destination, .  The MG goes to Graceton, which is connected to by several newly upgraded high voltage lines.  The COC has been completely reconstructed within the last five years to have new conductors and monopoles identical to the proposed IEC.  The MG has been completely reconstructed in Pennsylvania with the same technology, and only requires approximately half a mile of reconstruction in Maryland to be complete.

Discovery documents show that neither PJM nor Transource studied this use of these lines.  PJM told Stop Transource representatives and local legislative representatives in the fall of 2017 that the PJM process did not include a study of alternatives, and that it was up to the states to require that analysis in their approval process.  Transource has no interest in using those lines because if they don’t build anything, they can’t make any money.

Is the project needed for reliability?

No.  From the very outset, Transource was clear that the project was intended as a market efficiency project.  This is documented in their filing with both states.  It is also clear from the fact that the project was selected by PJM solely on the merits of its congestion relief.  Recent statements from PJM indicate that they are trying to find a way to frame the project in terms of increased reliability; however, FERC requires a different analysis process (see NERC) for any project that is intended to improve reliability.  The only argument PJM can make is that any new powerline by definition increases reliability because it provides an alternative pathway for power.

How land would be affected?

In Harford County, MD, eight of the ten affected properties, and the vast majority of the are preserved farms.  There are many preserved farms in the path in Pennsylvania.  In both states, the preserving entities presented their easements as a chance to ensure that the property would remain unspoiled by development.  In fact, the preservation easement is making these properties a target because they are large blocks of property owned by farmers who may not have the resources to fight Transource.

Is it true Transource will make a profit even if the project is defeated?

Yes.  The Federal Energy Resource Commission (FERC) granted Transource a 10.4% margin, and provided them with an “abandoned plant incentive.”  There is also no cost cap on their expenses.  This means that for every dollar they spend on the project, even the money they are spending now, they will be reimbursed in full, and be provided with a 10.4% profit.  The more they spend, the more they make.

Where do both states stand on the project?

Almost every local representative at the local, and federal level has sided with those opposed to the project.  This includes Maryland Governor Hogan, his secretary of Agriculture Joe Bartensfelder, PA State Rep Kristin Phillips-Hill, PA State Rep Stan Saylor, the entire Harford County Council, Barry the Harford County Executive, all Harford County state representatives, and all the municipalities touched by the IEC-East.  Of note, there is not a single politician, nor , who has expressed support for the project.  Not one.

The PA Office of the Consumer Advocate (OCA) has entered testimony into the case that indicates they are strongly opposed to the project.  The Maryland Office of Peoples Council (OPC) and the Maryland Power Plant Research Program (PPRP) are still unannounced.

Is it true that Maryland only generates half its own power, and that power consumption is forecasted to be flat?

Yes.  The full statistics can be found on PJM’s own website: https://www.pjm.com/-/media/library/reports-notices/state-specific-reports/2017/2017-maryland-and-dc-state-infrastructure-report.ashx?la=en